Why gender-neutral holiday presents matter for your children 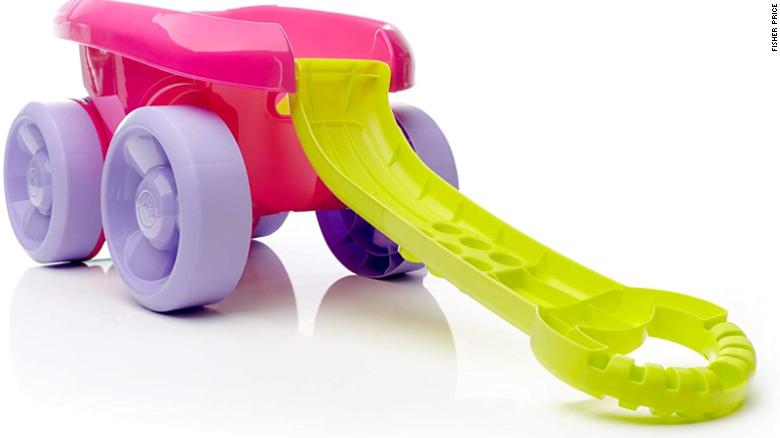 Irina Gonzalez bought a Mega Bloks wagon with lavender wheels and a pink basket for her 20-month-old son.

(CNN)-Irina Gonzalez found the perfect Christmas gift: a Mega Bloks wagon with lavender wheels and a pink basket. She was delighted to buy it — for her 20-month-old son.

“I really try to incorporate all colors of the rainbow into my son’s playthings and especially his wardrobe,” she said. “I want to raise my son to understand that clothing is just clothing, and toys are just toys and that these things don’t have a sex.”
She hopes that he’ll learn that nothing is off limits to him, and that there’s nothing wrong with liking a toy or item of clothing that’s been marketed as “for girls.”
Not long ago, this may have seemed a radical approach to childrearing, not to mention holiday shopping. But pushing backh against the hyper-gendered marketing of kids’ material worlds is increasingly common, and not just from parents or advocacy groups. Some in the toy industry and business world have come on board.

In 2015, Target stopped labeling some toys and other products as girls’ and boys’ items, moving away from gendered signage. In 2017, the Toy Association replaced “boy” and “girl” categories with new ones, like action figure of the year or doll of the year (though action figures are usually dolls for boys).
The decision, said Kristin Morency Goldman, a Toy Association spokeswoman, “was to reflect the current marketplace and parents’ shopping habits and the reality of the world in which we live.” 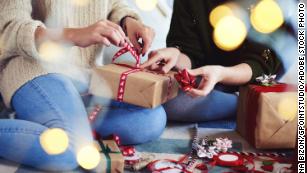 This year’s winning toys included plush toy of the year and STEAM toy of the year. Marketed that way, any child could be interested in them.
“Toy companies have moved away from classifying their toys by gender, and even online retailers and brick-and-mortar retailers are not organizing their toys by gender as much,” said Goldman. “A lot of the gender-based limits that were imposed on children in previous generations are thankfully not there anymore.” 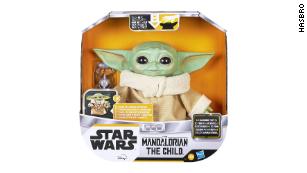 Hasbro has changed some of its marketing to make them more gender-inclusive.
Hasbro, for instance, has changed the marketing of brands like Baby Alive, NERF and Easy-Bake to make them more gender-inclusive. Disney, meanwhile, has found a way to accommodate parents who believe that toys should be marketed using gender and those who do not. On the Disney website, shoppers can still select a gender, but there is almost no difference in what comes up.
There are 304 toys marked as for boys and 307 for girls. The Minnie Mouse Garden Play Set, the Aurora Classic Doll and the Disney Princess Enchanting Messages Musical Vanity are in the boys’ section as well as the girls’ section. So is the Mickey Mouse-Ka-Golf Set.
The three girls-only toys were the Elsa the Snow Queen Plush Doll, the Queen Anna Plush Doll and the Elsa Classic Doll Accessory Pack, all from “Frozen II.”
Smaller companies are launching themselves without gendered messaging. BE-ME sells tutus, crowns and nail polish for all kids, and Ten Little doesn’t add gender to clothes or toys.
This may soon become the norm, and even the law. In October, California Gov. Gavin Newsom signed Assembly Bill 1084 into law, which compels large retailers to have gender-neutral toy sections by 2024. (It does not ban traditional toy sections for boys and girls.)
Meanwhile, after achieving high sales but also high levels of criticism when it introduced heavily gendered LEGO Friends in 2012, this year LEGO announced new research and a new campaign, “Ready for Girls,” in conjunction with the Geena Davis Institute on Gender in Media.
The campaign encourages girls to play with all LEGO products, to “counteract pervasive stereotypes about girls that discourage them from playing with STEM-focused toys.”

This is a massive shift in a short period of time, but gendering kids’ toys is actually a recent phenomenon.
“Toys at the turn of the 20th century weren’t a major consumer good and many families were making their own toys,” said Elizabeth Sweet, assistant professor of sociology at San Jose State University. “Gender wasn’t such a primary categorizing factor.” Dolls, she said, were a popular baby gift for both boys and girls.
Gendering of kids’ clothes and toys began in earnest a little over 100 years ago, in an effort to teach children early how to perform their proper gender roles. Toys went from marketed by age to explicitly trying to shape kids’ preferences and futures: mop and broom sets for girls and erector sets for boys. 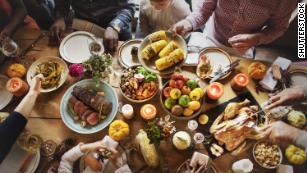 This gendered messaging receded to a degree during the US feminist movement of the 1970s, said Sweet. She found that less than 2% of toys in the 1975 Sears catalog had explicit gender markers. But the 1980s saw the deregulation of kids’ TV, which allowed a new level of toy marketing, said Rebecca Hains, professor of media and communications at Salem State University in Massachusetts. This was followed by the rise of “girl power” in the 1990s, and marketers imposed gender onto toys again. 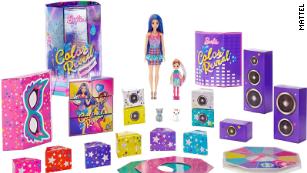 Barbie has traditionally been marketed to girls.
“There is a sort of pendulum swing that happens constantly in our culture,” said Hains.
By the end of the 20th century, toys had stopped preparing kids for traditional gender roles and instead focused on fantasy roles: princesses for girls and superheroes for boys.
Toy makers “took the stereotypes and repackaged them in glittery paper, but they’re the same ideas about gender,” Sweet said. “Women are passive and nurturing and caring, and men are active and agentic and capable.”
Princess dolls and characters are very slender, Hains noted. “They don’t look like they could possibly be physically strong because they’re so slight.” Superhero toys, on the other hand, have fake muscles.
Sweet found that toys are often more gendered today than at almost any other time in history — but clearly the pendulum has begun to swing back.

The problem with gendered toys

If you’re buying presents that do have gender markers, said Hains, it’s easy to get past them. If you’ve bought a present for a boy with only pictures of girls on the packaging, “Just take that packaging off and put the item under the tree,” she said.
Hains said if you have a princess-loving girl, buy her princess dolls and an action-oriented toy, like a firetruck. “We can play princesses and have the princess put out a fire,” she said.
Why do that?
When toys are gendered by marketers and parents, they not only reinforce stereotypes but promote different skillsets. “Anything that was being marketed towards girls was about being pretty,” Hains said. Girls’ toys often promote communication skills and kindness, whereas for boys, the emphasis is action and assertiveness.
LEGO’s gender research found that girls were six times as likely as boys to imagine that scientists and athletes were men than women. Parents of either gender were four times as likely to encourage boys to play with computer games or sports, and five times as likely to encourage girls to dance and dress-up.
“Children are experimenting with ideas about their own interests and aptitudes and maybe even future roles,” Hains said. “It is problematic when you’re circumscribing options and saying this whole range of things is only for girls and this range of things is only for boys.”

Changes in how toys are marketed can help change consumer behavior, but cultural norms are hard to overcome. “I do think it’s hard for the boys,” said Lauren Apfel, mom of four and executive editor of Motherwell magazine. “It’s always harder for them to embrace the more feminine clothes, the more feminine toys, as opposed to the girl who’s playing with the blocks that nobody really thinks twice about.”
Indeed, LEGO found that “71% of boys vs. 42% of girls say they worry about being made fun of if they play with a toy typically associated for the other gender.”
Apfel’s move has been to buy boys—her own and other—dolls for holiday gifts and birthday presents to encourage a kind of “gender-openness” and present the message—that all toys are for everyone.

The article was originally published in CNN: https://edition.cnn.com/2021/12/20/health/gender-neutral-presents-wellness/index.html